I am a returnee! 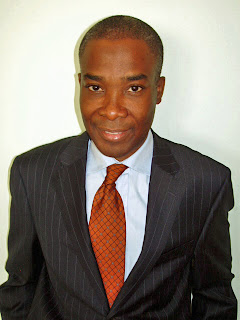 My name is Gbenga Badejo. I will be your blogger from now on. The name of the blog is 'Postcard from Lagos'. It will give you a taste of life in Lagos and Nigeria - politics, the economy etc - from my perspective and hopefully from those of selected others. I shall endeavour to make it as interesting and insightful as possible. I will also, time permitting, do a weekly blog. Please log in regularly. I shall also be thrilled to hear from you!

I have lived in England for nearly two decades and I still feel I do. However, having spent more time in Nigeria this year than in England, it appears I am a Lagosian now and have almost fulfilled my homecoming ambition. There have been a few challenges along the way - leaving a comfortable lifestyle to the uncertainty of Nigeria and also being regularly absent from our home Church where I have been in leadership for years. Giving that I had frequented Nigeria in the last year, leaving, though hard, had been rehearsed and bearable.

Another aspect to the story is my lifelong interest in national development. Last year, I published a related book titled ‘Not a Wasted Generation’ - the theme of which was the need for all Nigerians to fully engaged in developing the country. Having prescribed this as non-negotiable for all Nigerians, I couldn't observe things from the sidelines. I didn't just want to talk about it, I wanted to be in on it. So I joined what I now refer to as the 'laglon' group - those shuttling between the lagos-london route.

On Sunday 30th September, I went to the birthday party of a friend's daughter at Victoria Garden City popularly known as VGC. There I met with other returnees from the United Kingdom and at least one from the United States. One has only been here for two weeks and there was a couple who moved back over a decade ago. I listened attentively as they spoke. All of them were glad to have made the move back home. The Lagos traffic, the heat, and even armed robbery were no deterrent. They all seemed to chorus the same belief that home is a better place to be.

The most intriguing person was Bidemi who arrived just two weeks ago. Save for attending Law School followed by National Service in Nigeria many years ago, Bidemi is as English as they come. He was born in England, raised in England and did everything else in England. He speaks in unmistakable English accent and his siblings and mum live in England. However, he loves Nigeria and has made the move back home. He is unrepentantly a Nigerian and loves the life, the people and everything that comes with it. He has even got a car and drives himself in Lagos. What audacity! I respect and admire him.

Everyone narrated their stories, what led to the move, and how they have coped with the challenges. At least three of the returnees had or still worked with telecoms companies - MTN and Celtel being the chief absorbers. All have their families with them in Nigeria although in most cases, the move was staggered for family members. No one has any regrets. We ate, we talked, we laughed, we sang and prayed as the day ended and we dispersed. It was a nice way to spend a Sunday afternoon. PS - the cover photograph is not of Lagos, borrowed as a backdrop, it however shows how Lagos may look like one day. PostCardfromLagos
Posted by Postcard from Lagos

Labels: I am a returnee

Hello My Bro
Kudos to you for the move. I pray the Lord direct and guide you. I will join you guys soon too.

I look forward to glimpses into life in Lagos, and all that God is doing through you there... from your photo, it has changed alot from what I remember... (!)
zx

The header picture is not that of Lagos. As indicated in the postcript, it was borrowed. Hopefully, Lagos will look like that in the future

Congratulations! And welcome to Naija. This blog is beautiful. It will sure provide inspiration for all who want to see Nigeria develop. Keep up the good work.And remember to look left before you walk across

Congrats! Yes, that postcard says it all; things are changing for the better. This blog is a beautiful idea. Wish you all the best. And remember we drive on 'the wrong side' of the road here. Cheers!

Wow, returnee!
I will definitely frequent your blog. Especially since I have always respected your view points and that on Naija is one I look forward to. I know your steps are directed by the Almighty, may he continue too shed light onto your path.

Hi Gbenga,
Thank God you finally took the bold step.
I am hapy you are on course towards being one of the Nehemiahs & Ezra's who have yielded to rebuilding the broken down walls & ruins of our beloved Nation.
We will be working together soon as I continue to shuttle to & fro on the "Laglon " route.
God bless
Sola Fola-Alade

My Brother, (as I always referred to you from "our baby" New Covenant Church days a decade and a half ago)

Its been a hard long road, but at least you defied the constraints and took the leap. You have beaten me to it but thankfully, I am tailing closely behind you.

Hoping many more potential "Returnees" & "Stayers" would be inspired by your guaranteed objective write up and seek to actively contribute to seeing things happen even in their homeland.

'My brother', as you would often say while we are talking, I'm happy to see that you've at last swallowed the pill, though you kept it in your hand for quite a while.
We are appointed to these things.
Miss the talks.
Make sure my room is ready!!!

Seeing the postcard picture, I was almost fooled into moving back home too, until i read your last sentence. If Naija was as the postcard picture maybe i would consider moving tomorrow. For now I will stay outside the fence and observe. After 2 decades like my brother Gbenga i will give the laglonDC a second thought.

Very hard to accept that you have returned to the Mother land, but hey, it had to be done! We look forward to come to Naija to see the fruits of your hard work. We hope to one day follow your footsteps and return to our own country after learning more from you. May God richly bless you!!

Keep the fire burning sir, the Lord bless you

Yes..go on daddy, the Lord is with you -Joshua Ojo

Seeing the postcard which has a wow! factor made me want to consider visiting Nigeria this year but after your last comment I changed my mind.

Nevertheless, it is a good message which may change people's mind set perhaps movitate people to take a brave step like yours

Keep up the good work and stay bless.

Well done! You have taken a bold and brave step to be a participant and a player in what is a very imminent climate of change in our nation Nigeria. Pray more spectators sitting outside the fence criticizing the goings on at home will join you soon.

Nice to know you have taken a step of faith, well we sure need people like you to prepare the way for those of us who are still thinking about returning. I will frequent the blog.

I like it! 'shall look forward to reading more about life in Lagos, you might yet convince me.

It's lovely to view you like a live show. Comments were encouraging as the "laglon" decision is thought about every day. The living God that directed the path of Joseph to his prosperous destiny will do the same for us. The Lord is your strenth. Carry on Brov!!!!!

Well done my dear brother and see you in Lagos later in the year, as I also tend to get on the Laglon route twice or thrice a year. For those who are waiting for Lagos to look like the picture, Lagos is waiting for us to help it get to that level and I hope we all pluck up the courage to contribute to the development of our nation. I am still singing and collecting CDs. Much love. Shola Lana

Thanks for your encouraging tit-bits. Certainly confirming that your move back has been inspired . Stay blessed

i'm liking this one!!!! having a great time in naija, i see.

Having a nice time, I see! Hopefully, we'll come and join you soon

For those laglon group http://www.voicenode.com offers UK, US, Canadian and Irish Numbers that would ring to your number in Nigeria.

Very coool, check it out

Gbenga,
you are a trailblazer. Many of us Naijas like to enjoy oyinbo land, forgetting that oyinbo built his land with his skills and ingenuity. We moan and complain about Naija but are unwilling to try to develop it. You and other returnees are encouraging others to comeback home for nation building. Kudos to you guys.

Hey!!
Please keep the littlt stories rolling. They are very interesting and refreshing. Nice to be in touch with the little pleasant happennings in Africa. One is left nostalgic after vising you blog.

Its great reading the news from Nigeria and your recent blog reminded me of my last visit, it was dreadfully hot - so i do like it cold for now.

I admire your conviction and courage to lead from the front and not from behind.

We are following your news :)

Hmmm.....Ben....greetings from us hre in London. YWhat you di for those accident victims was a brave thing. Well done oh....

You encourage me. Thanks

I don't just read the blog, I study and reflect on every phrase and sentence you write.

Of course, it is safe to move back. No regrets.

I just signed up to your blogs rss feed. Will you post more on this subject?

Beneficial info and excellent design you got here! I want to thank you for sharing your ideas and putting the time into the stuff you publish! Great work!