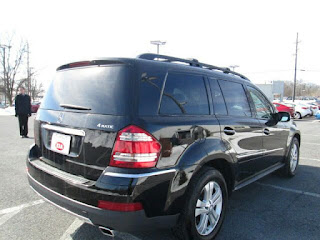 It is unpardonably hot in Lagos. There is hardly electricity. Fuel is scarce too. This unholy triad of heatwave, lack of electricity and no fuel means that life, at the moment, is unbearably difficult for most Nigerians. The queue at petrol stations can be miles long making traffic impossible everywhere. Electricity would have mitigated against heat, the same way availability of fuel would have lessen the burden of lack of electricity. Sadly, we only get one or two hours of electricity in a day if we are lucky.

Apart from the above issues, economic activity is at a record low nationwide. Companies are laying off staff left, right and centre. Many who still have their jobs have not been paid for months, including some government employees and pensioners. I know of two companies that have not paid their staff for more than one year. The naira is in free-fall translating to expensive imports. Given that we import most things, the effect on the average man on the street is monumental.

You will expect that with all these multifaceted problems, our government and its agencies would be busy devising strategies to make life a little bit easier for people. Not so in Nigeria. A responsible government should for example be advising its citizens on how to handle the heatwave - what to wear, how to keep hydrated, perhaps even sending out water tanks to assist in cooling people on the streets. Not so in Nigeria.

It is at this hard and uncertain time that the Nigerian Police Force suddenly realised that tinted window permit issued to motorists needed updating. Although they came out with the usual nonsensical security reasons behind this, everyone knew that it's yet another extortion strategy for the police and its sister evil agencies – the FRSC and VIO. To obtain this new permit, which is ostensibly free, you need to have your biometrics taken. Guess what! This can only be done in one centre in Lagos, a city of over 10 million people. If this sounds like a joke to you, wake up! It isn't. The reality of Nigeria is that practically every public agency including the police, the passport office, FRSC, the civil service, conspires to daily frustrate Nigerians. And the government stands idly by. Our government and its agencies appear to be crudely but determinedly contemptuous of the people.

This is not the first time Nigerians are witnessing this type of shadow chasing and criminal injustice. A few years ago, I watched the then head of FRSC, Osita Chidoka argued on television that migrating to a new number plate system for the second time in three years will reduce road accidents by 5000 a year. I felt he was having a laugh, but the suckers at the national assembly fell for it. Everyone else knew the change was an outlet to enrich his pockets and those of his powerful sponsors at the expense of hapless citizens.  After all, this is Nigeria.

There are so many questions that begs for answers about the new tinted permit exercise:

·       Why is there any need for tinted window permits in the first place? The argument could be made for totally blacked out vehicles (tinted windscreen and front windows), but not for factory fitted tint on back seat windows.
·       Why does the permit have to be renewed once it has been issued? The only plausible answer is that this is a money making exercise for some people at the top.
·       Why is there a need to capture biometrics for this type of permit?  In any case, the FRSC, INEC, passport office, banks, mobile phone companies have already captured our biometrics. Is there no way all these agencies could talk to each other? What about the security implications of having peoples data everywhere?
·       Why is it that we have to renew our driving licence every three years? By the time you go through the FRSC process and eventually obtain the licence, it is usually only valid for a maximum of two years.
·       Similarly, Why do we have to renew our passports every five years when it is 10 for most countries? Again an opportunity for corruption at the detriment of poor citizens.
·       Why is our government indifferent to all of these state-sanctioned extortions and corruption?
·       Why do our so-called representatives at local, state and federal levels allow these agencies of government to terrorise citizens?
·       Why are our churches, religious bodies, obas, emirs and igwes silent at the predicament of poor Nigerians?

I have a sneaky feeling that nothing will happen and that the police and the FRSC will get away with this exercise. The story of Nigerian is one of disappointment and betrayal. There is a conspiracy of silence from the media, politicians, the church and civil society. It isn't an organised conspiracy but often that of indifference and ignorance. Like every other Nigerian, I suspect that, in grappling with the challenges of the country, it may not even cross the minds of these groups that they have a duty of care. For some, it is a conspiracy of survival. They do not want to be labeled so they close their eyes to the suffering of the people. Others benefit from the chaos, so why change it. In our inefficient system, some people get their fuel, driving licence and passport delivered to them at home. Why bother about everyone else? I have observed that Nigeria turns people into heartless creatures. It is hardly surprising therefore that most Nigerians distrust and detest every agency of government.

This is my own attempt at shouting for an intervention from those in authority. Please act! Not just regarding the permit, but also on the wider matters raised above. These things do not make sense. Help us to build trust in our public agencies and institutions. We are in such a difficult situation that people are losing faith in Nigeria. I have never observed this widespread despair and hopelessness in people. I was surprised today when the pastor of my church who usually was an advocate for staying and building Nigeria changed tune. He said, he is grateful he had no options. If he did, he would not hesitate to leave the country immediately. I understood him.

Finally, I do not believe that the president should have to resolve all problems, but in this case, I have no alternative than to say, Mr President, can you please have a look.