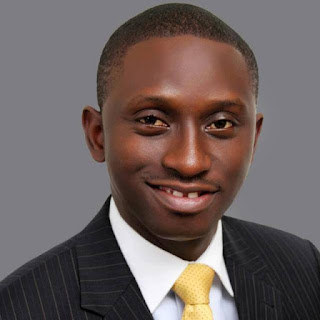 Next Saturday, 23 February 2019, millions of Nigerians would turn out to vote in the presidential election. As always, many people are fearful about the process and the outcome. They have every reason to be. The election was postponed earlier today five hours to the opening of polling booths! Besides, in Nigeria, all the major political parties use thugs to scare, threaten and to kill, so it isn't far-fetched that people are understandably fearful. This year, there is a long list of 73 men and women jostling to become our next president. However, the real battle is between the incumbent president, Muhammadu Buhari and his main challenger Atiku Abubakar.

I should be concerned about the elections. I certainly am concerned. But my mind is pre-occupied with a different matter - the killing last Sunday of a young man in his home at Ojota, Lagos, by what appears to be a robbery gone wrong. I did not know the deceased, Adeola Okungbaiye. My link to him is through his cousin, a work colleague who on Sunday evening, sent me a distress message requesting I join her family in prayer as her cousin had been shot. He had just returned home with his young family from church where he was a youth pastor. His father and his younger brother who attend the same church were visiting. Shortly afterwards, he answered a knock on the door. When he realised the person at the door was not known to him, he tried to shut the door but, in the struggle that ensued, the assailant pulled a gun and shot him. An accomplice joined in to strip his wife, father and brother of their phones and a laptop before they both disappeared into the streets. This happened at 2pm.

Seriously wounded, Adeola was taken to a hospital in Gbagada. He was initially refused treatment - a common occurrence in Nigeria. His wife who is a medical doctor prevailed on the hospital to reconsider. They did, but precious time had been lost. By the time a decision was taken to get him to a teaching hospital, he had died.

Adeola left behind a five-month old baby and a wife of three years. He was 32!

The tragedy of this sorry event was not just that Adeola was needlessly killed, leaving behind a young wife, a baby, an inconsolable father who lost his wife (Adeola's mum) to cancer three years ago, the tragedy includes the following:

1. Three family members, his wife, his dad and his brother witnessed the shooting and the traumatic process of his life ebbing away.

2. The fact that the killers could carry out their heinous crime with impunity in broad daylight. Of course, they knew that we dont have a functioning government, and that the chances of being caught is rather slim.

3. The injustice to the family of knowing that the killers may never be caught or prosecuted for their crime. Ask any Nigerian: where do you report a crime like this? Who would investigate?
4. The reality that in an emergency, no one knows what to do or where to turn. Perhaps Adeola would not have died if an effective medical emergency service had reached him, or if the hospital did not reject him or several other 'ifs'

5. That none of our presidential candidates have been able to articulate a credible security strategy to protect our people.

6. That Adeola's death did not feature in any of our media. It was just one of those things that happen in our country. One of the many injustices. Everyone just moves on.

7. Perhaps the biggest tragedy is that although we huff and puff about Buhari and Atiku being undeserving birds of the same feather; on election day, many electorates would outsource their brains, close their eyes and vote for one of these two gladiators. They would conclude that doing otherwise means their vote may not count. Tragedy!

Unfortunately, I won’t be voting this year as I am away from the country. So, unlike in the past two elections where I voted for Muhammadu Buhari, I would have voted for Kingsley Moghalu in this election. He, in my view, was the only one, amongst the 73 that seems to have been able to craft a credible vision for the future.

What do I want to achieve with this post? I am not sure I gave much thought to it. I suppose it's my own way of dealing with the tragedy, and also an opportunity to remind you that it's your decision who you vote for, I just hope you will think about Adeola when you cast it. PostcardfromLagos
Posted by Postcard from Lagos No comments: