Moving to Nigeria - What to know and do Part 3 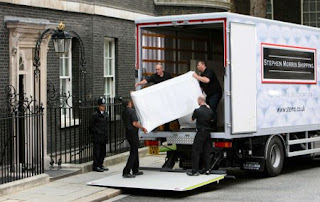 In the last three months, we have looked at two editions of the topic - 'Moving to Nigeria, what to know and do' This post is a continuation.

The beauty of Nigeria is indescribable. You wake up to the beautiful chorus of cocks crowing at dawn. Sometimes it's a few birds singing their own version of Handel's Messiah. When it rains, the smell of the freshness of the earth is both breathtaking and breathgiving. If it rains at night, the beating of the raindrops against the earth, roof and concrete creates a spatter, splatter, splash drumming melody that will lull the greatest insomniac to sleep.

There is also a realness to the green of the dense bushes and the richness of the red earth where almost anything would grow.

In Nigeria, chicken tastes like chicken, and you can smell the delightful, mouth-watering aroma of its preparation a mile away. Although the quest for high yielding crops is beginning to eat into agriculture, most things are still organic and fresh without costing an arm and a leg as they do in the West. Before I bore you with my culinary experience, the following are further things to know if you are planning to move to Nigeria:

13. Where to Bank
Zenith, First, Access, Skye, Intercontinental, FCMB, PHB, Diamond, UBA, GTB are all very good Banks and have a wide nationwide network. Since the recapitalisation exercise in 2006, there are now 25 Banks (24 after the merger of IBTC/Stanbic). The days of the wonder Banks are long gone and your money is probably much more secure in a Nigerian Bank than in British Banks where I have repeatedly suffered from identity theft.

Nigerian Banks do charge for current accounts. So ask for an account that is C.O.T. free. Also consider the branch coverage across the country before deciding on a Bank.

14. Don't just eat anywhere
Some returnees have the habit of eating anything they see, everywhere they go. A bit of caution here. Except you have taken typhoid injection, and very sure that your stomach is not fragile, do not venture to Mama Sikira's buka to wolf down 'amala' and 'gbegiri' as you used to do before the Second World War. Having been away for some time, you may not have the same level of defences as you had then and it does take time to build this up.

Not scaremongering, same goes for the roasted 'agbado' and 'boli' on the street. People have come down with sicknesses because of them. Haven't you noticed that buyers touch all the bolis, size them all up before picking the lucky one to buy?

Be careful also with ‘suya’ or eating in public generally. Apart from the fact that your stomach needs time to adjust to a major change of diet, there is a serious possibility of food poisoning and the risk of typhoid. Ensure your suya is further roasted once you make a choice and only go to recommended ‘suya’ points.

15. Never drink 'pure water'
'Pure water' is the name for water sold in small plastic bags available everywhere. Some of the mainstream bottled water are even rumoured to be adulterated. I recommend 'Nestle' water followed by 'Eva'.

16. Schools for Children
There are a lot of good schools in Nigeria. Many of the private schools follow the British curriculum and a few follow the American system. Many of them also prepare their students for IGCSE

The following are the popular schools around:

School fees vary but usually around the 1 million Naira mark per year for the very good schools.


17. TV Stations to watch
Beware of 'African Magic TV Channel' (the Channel dedicated to African Movies). Most of their films have a part 2, each running on average for up to 2 hrs. In other words, if you sit down to watch any of the films; you will need to devote a total of four hours, meaning that a sixth of your day is gone. If you do this on a daily basis, by the time you are sixty, 'African Magic' would have eaten up 10 years of your life. Beware!

'AIT' to me appears to be leading the charge in coverage and variety of programmes. Channels TV' Ten O Clock News is useful. 'Minaj' news is also very comprehensive. You probably do need the occasional dose of the local films to unwind, particularly the very good ones.

18. Don't forget the poor and the beggars
The reason why this is part of what you need to know is because it is very easy to forget or ignore the poor especially because you get to see far too many of them. The reality is that too many people are hurting in our country and some rely on begging for their daily bread. Some days you can give, some you can't. This is OK. It however takes a conscious effort not to allow your sensitivity to be dulled by the daily familiarity with the poor.

Our people are hurting, so don't just splash puddle on them when you drive. At traffic lights, they will come to your car, militantly stand by your window begging, they will touch your newly buffed car. As irritating as this may be, never be fed up with them. Remember, there is no social security system for the weak, the old or infirm. They may even throw away the money you give if they judge it to be too small as it happened to me when I inadvertently gave a beggar 5 Naira.

You may think beggars are a nuisance. Whatever you may feel about this issue, begging is the only means of livelihood for some people. Postcardfromlagos

Watch out for Part 4

Posted by Postcard from Lagos 5 comments:

Labels: Moving to Nigeria - what to know and do Part 3
Newer Posts Older Posts Home
Subscribe to: Posts (Atom)