LASTMA - The Legality of Traffic Management in Lagos 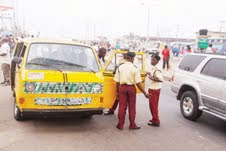 It's quite unfortunate that when we embrace energy without direction the result is always chaotic,that explains why Yoruba's says that Ogbomosho ju agbara lo.
It's time this problem of LASTMA is dealt with for better results