Back to the Future – My Link to the Past 200 Years 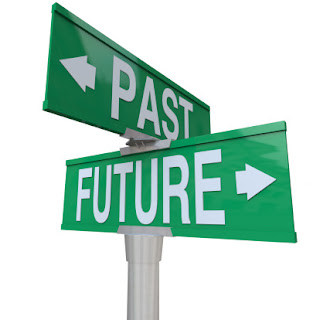 I had my 91-year old dad stay with me last month for almost two weeks. My intention was to go and visit him upcountry. However, my wife wisely advised bringing him to Lagos so that I could have quality time with him. I am glad I took her advice. Typically, my visits to see him were flying visits lasting anything between two hours to a maximum of one day. So bringing him to Lagos, although a valued break for him became an invaluable opportunity for me to be around him for a considerable length of time. It was certainly the first time in many years that we would stay under the same roof for that length of time.

Unusually for a person of his age, my dad is in remarkable good physical and mental health. He has a sharp mind and excellent memory. He is also quite sprightly for his age, he still drove himself around town until I put my foot down late last year.

During his stay with me, we talked morning and evening and every time in between. Just before retiring to bed on the first night of his arrival, he asked that we pray together, and proceeded to recite from memory five chapters of the Book of Psalms - 130, 91, 24, 23 and 99 - without as much as taking a breath. Those Psalms, particularly the 99th chapter were part of my life story. It was Psalm 99 that introduced me to the awesomeness of God as soon as I could think and reason. As a young boy, I used to picture God seated on the throne, the earth quaking and peoples trembling. The English language does not do sufficient justice to this Psalm; it's definitely much more dramatic, and certainly makes more sense when read or said in Yoruba.

My dad’s two little luxuries were warm water for his bath and hot chocolate with breakfast. Once he comes downstairs in the morning, he stays until the time to go bed at about 9pm or whenever I suggested. I was always worried he would miss a step on the concrete stairs, but he descended and ascended without any incidents. Once he had his meals, he would sleep and wake up intermittently. Sometimes I had the TV on Yoruba channels for him. When I tried to get him a newspaper, he told me he could no longer read well, as one eye is redundant. I should have known. A few years ago my sister brought him to Lagos to see an ophthalmologist who diagnosed glaucoma and placed him on eye drops. But all is not lost; I noticed that he could accurately check the time on his mobile phone. It appears that he feels reading may be too much of a strain. On many occasions, he would sigh and say 'agba soro da' - growing old is no child’s play.

As often as possible, we went for walks around the estate which he really enjoyed. We also attended church together on Sunday. I initially didn't want to trouble him about Sunday service, not realising he had already laid out the clothes he was going to wear. In church, he sang the Yoruba songs like ‘Alagbara lOlorun mi, alagbara ni Jesu mi', ‘E gbe Baba ga,’ E gbe Baba ga, E gbe ga,’ and 'Oba lori aiye,' during worship and he appreciated the fact that the Pastor and practically everyone else came to speak to him after the service. He’s probably the oldest person ever to worship at our church.

I am fascinated by history so I spent a good chunk of my time asking him questions and recording our discussions. Although I have interviewed and recorded him in audio form in the past, this time I made sure I captured some of our discussions on video. I am trying to find out the past although my focus is mainly on the future. I want my children's children to be able to have a glimpse of their great grandfather. I hope they would thank me for it. 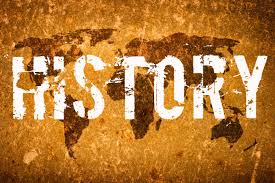 I did not just captured his own personal stories, I recognised that my father is my link to the last 200 years. So I have gleaned from him information about his parents, grandparents, even his great-great-grandfather. He repeated stories I have heard in the past but were now archived in my memory. For example how as a leftie, his parents tried every trick under the sun to relieve him of this 'bad' trait. They built a cage on his left hand to prevent him from eating with it. So they thought! He went around this restriction by using his right hand to place food on the cage before putting it in his mouth. He told me of how he lost a sister in 1937 placing it a year before the then reigning king, Olagbegi I died. And how it was believed at the time that an uncle was responsible for her death.

We also spoke about the many tenants who lived in our house when we were growing up. Many were soldiers, brave men who because of the heat of humid tropical evenings slept in the open courtyard at night.

My father’s Christian faith is central to his life. We reminisce about how I would go with him on the trip he made on New Year's Day to pray at a large limestone deposit (ori oke) near Clerks Quarter. We also used to go to yet a different ‘mountain’ on Good Fridays to re-live the sufferings of Christ. Those were tough times. I remember being chased out of the shade on a scorching Good Friday afternoon, along with some others, by an ignorant elder of the church. He was appalled that we were enjoying the shade whilst Christ was suffering. Years later I realised Christ had suffered once, and for all, so that I may be free.

My dad and I also had frank but humble discussions on faith. We agreed that some practices have no place in the body of Christ. I am glad we had these discussions. On one of the days, I played the piano and we sang some worship songs together. Heavenly!

Like a typical Yoruba man of his age, his words are peppered with proverbs. They come so naturally and contextually. When I commented that he was quite lucky to still maintain a slim frame, he responded "eran gbigbe niden" (a well-roasted meat houses no maggot). When one evening, he felt he was served too much stew by the cook, he opined 'oma yo gbepan ma f'ona oja sin' (a baby on his mother's back has no idea of the length of the journey). In other words, the baby in this case is the cook who could afford to be wasteful.

When my sister visited, my dad's eyes lit up at the sight of four of his grandsons. After a meal together, he said he was grateful to God for the opportunity to eat with his grandchildren. He also thanked God for, in his words, "flowing into the third generation" i.e. becoming a great grandfather a couple of months ago. When the boys were leaving, he shot up to his room upstairs and came back bearing money for each of them. 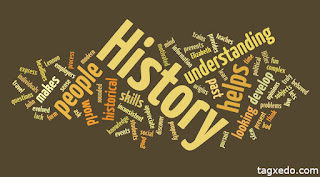 Each night, I would go up with him to settle him into bed. Not that I had to do anything. I just watched as he gently and neatly laid out his clothes. On one of the evenings I noticed some spots all over his upper body. I found out later that these are known as age spots.

I was incredibly blessed having my dad with me. I was blessed by just watching him, mesmerised by his age and what he has seen and experienced. I often wonder what was going on in his mind. Only one of his closest friends is still alive but he has adapted well with the current generation although I know he feels our ways are weird. He is constantly talking about teaching children to speak our language and he believes everyone should have a house in their hometown. I hope to live up to be 91 and also to see my children's children.

What has been most interesting is how our roles have been reversed. In the past, it was my dad that told me what to do. Now, he listens and takes my suggestions. When the Yorubas say ‘aiye nyi’ (the world swings), they are not far from the truth. PostcardfromLagos

Postscript
My motivation for this essay is to encourage readers to mine the wisdom of their parents before it is too late. There is no excuse in this modern age to be reckless with and lose our history because we fail to act. Get a recorder, use your phone, whatever and get your parents talking about the past. Act now before it is too late.

This was a very pleasant, sweet yet poignant read. A true reminder to cherish one's time with one's parents.

Sweet and memorable with a lot of lessons to learn from. Thanks for the impactful writing.