#MeToo – So Where do you Report Rape or Sexual Harassment in Nigeria? 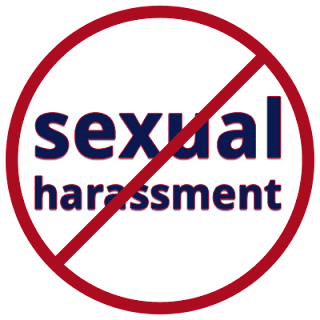 So, Harvey Weinstein has finally got his comeuppance for his evil behaviour towards women. With the number of people who have come out with allegations of rape and sexual harassment, it is no longer a case of who he molested, but who did he not molest? What is peculiar about this incident is its domino effect. Women all over the world who have suffered one form of harassment or another are beginning to come forward. The UK defence secretary was forced to resign for historic harassment allegations. Three law makers have had to do the same in the United States. In the US, UK, and in France, politicians, celebrities, actors and comedians are quaking in their boots for past misdemeanours. What is clear is that this singular case has had a Jimmy Saville/Bill Cosby effect - one allegation was treated with credence and it felt easier for every victim to come forward.

Like many evils in our world, it has taken decades for this to come out partly because Weinstein was very rich and powerful. But came out, it did. This may be little consolation to those who were abused, molested or allegedly raped, some of them no doubt, have been scarred for ever and may never recover from their ordeal. Hopefully, justice would be done, and all of them would be able to move on with their lives.


While all this was happening, my thoughts were nearer home. When is the dam of sexual predatory going to burst in Nigeria? And will it ever happen? It isn’t just the odd cases of locker room talk or male flirtatiousness that takes place in Nigeria; but serious harassment and sexual exploitation of women. We all know of men - politicians, religious leaders, captains of industry, entertainers, bosses - long associated in the rumour mill with sexual predatory on women. In the culture of Nigeria, sexual harassment is pervasive. I hope for a backlash against these miscreants, just like what is happening in Europe and North America at the moment.


We all know of banks that tacitly support the exploitation of female staff through the bullish way they are pressured to sign on rich customers or lose their job/promotion.


We all probably know of someone who had taken advantage of a woman either recently or in the past. He may not consider it to be rape, the victim may not even cry foul because she believed she placed herself in that position. But think again! If a woman was raped in Nigeria, where would she report the crime?


We know what happens in our educational institutions. The question is: Are we ever going to declare a zero-tolerance stance on university and college lecturers who sexually harass, abuse and exploit female students? This has gone on for ages, and very few, if any had ever faced justice. We all know it goes on. It is in fact, an accepted part of college life in Nigeria that a female student would be propositioned by many, if not most of her lecturers.


What about the bullying and sexual harassment in offices across the country. It is well known that many male bosses pester their female subordinates for sex. In most cases, it is not a mutually agreeable contract. It's purely a show of power – I am your boss, and you must play ball, otherwise, you would lose your job. Many women in this situation acquiesce. Even for some that are mentally strong, how many can resist the bullying, the threats, the cajoling, and the constant pressure? As this is so rampant, any regular man with a wife, daughter or sister should be riled, and must be concerned.


For the perpetrators, it is perhaps simply a numbers game. The more women they harass, the more they increase their chances of success. The fact that most Nigerians; women included, are essentially non-confrontational also make sexual predators to assume that their advances are welcomed. Ironically, these predators have so many things in their favour. Firstly, sexual harassment is tacitly accepted and expected. Everyone knows a boss who sleeps with his staff. I must reiterate that these arrangements are usually not mutual. Secondly, we don't have strong laws to encourage women to come forward and complain about sexual harassment, so victims hardly ever do so.  Importantly, we have a culture that essentially trains men not to respect women. Our systems and traditions still see women of any age or marital status as preys to be had by men. For example, we have a sitting senator in our national assembly that openly married a 13-year-old girl. The press who should hold these people to account is for all intents and purposes useless. Many of our media houses implicitly collude with the high and mighty leaving serious misdemeanours unreported and unchallenged.


Sadly, our fainthearted churches lack the stomach for the fight against sexual exploitation of women too. While the church leaders (who are mostly male) may feel they do not directly condone harassment, however, the deep worry is that the biases against women that encourages sexual harassment have proven difficult to identify and correct within individuals. So, there are many cases of religious of leaders who consider any attempt by women to exert themselves, as rebellion against their husbands, against the church, and by extension against God. Our women get this, and do not want to rock the boat. In fact, many of them who are highly intelligent make every attempt to diminish their talents just so that they can conform to societal expectations and mores. Because women have sadly been this socialised not to make a fuss at harassment, they are subjected to a barrage of profanity, and humiliation that no one should have to deal with.


In other words, social attitude, mores, lack of legal protection, cultural acceptance that men will be men, have all seen to it that victims of sexual crimes are effectively silenced, and perpetrators emboldened. How can we then expect people who have been abused to come forward if they are going to be attacked by their accusers, ignored by the press and ridiculed by the public. This evil virus has continued its spread for too long in Nigeria because even the good people are assailed by doubts about how much should be done to stamp it out.


But now is the time when everyone who knew about a sexual predator pastor, boss, neighbour and did nothing need to ask the question: What type of person am I?


Now is the time for us to challenge our religious leaders to talk about this issue. Never mind whether paying tithe is biblical or not, now is the time for the church to be bold and champion the fight against harassment of women and women subjugation in general.


Now is the time to confront and rebuke those who prey on women at work.


Now is the time to expose bosses who bully their female subordinates for sex.


Now is the time for lawyers to come forward, and judges to join them in ensuring speedy prosecution for perpetrators of sex crimes.


Now is the time to change our attitude of blaming victims of sexual violence for their own indiscretion. A crime is a crime, so blame the criminal, not the victim.


Now is the time for justice for Nigerian women who are raped, bullied and sexually exploited by employers, aristos, lecturers, money-men and even boyfriends.


Now is the time to look again at the issue of female domestic maids many of whom face the double whammy of violence and sexual exploitation. Let’s remember the epidemic of violence against women in our society disproportionately affects low income women who are silenced by their economic situations.


This is a moment of great social change. It may be painful, it may provoke attacks. It may even lead to a deep rupture in our social culture. But we must brave it. We must encourage victims to brave it. We must expect attack on credibility. Your past may be up for scrutiny, but we all must continue to bat on the side of those who are seeking for justice. If not, injustices and evil will thrive on our watch.


Now is the time to signal that as a country, we want this model of culture-based backlash against women upended.


Like most Nigerians, I am hardwired for a kind of stoic pessimism. This goes with the near certainty that nothing will happen even when it should. But I truly hope my pessimism is dealt a blow this time. And that the dam will burst. And sexual predators will be brought to justice. I truly hope so.


As we say, every day is for the thief, but one day, just one day, the thief will find himself in the net of justice. I hope the chicken of sexual predators in Nigeria will come home to roost one day. I hope it will be sooner rather than later. PostcardfromLagos

I sincerely hope so too! Family members preying on children and teenagers in the home they have been accommodated are not left out as well; and it has been swept under the carpet for too long, leaving the victims with deep emotional wounds and the trauma of blame, being told off and not believed. Yet the perpetrator, a victor, is seemingly left free to offend again. That young female orange hawker on the streets is not safe, she is lured into a compound or house on the pretext that a purchase is to be made and is then sexually harrassed, molested or abused. Child Abuse too and every form of sexual harrasment must stop!