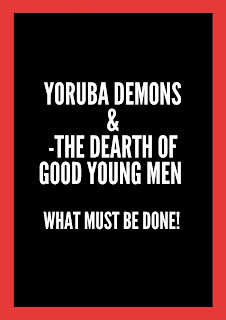 Finally, if you are a man that preys on the emotions of young women, here is a simple advice, stop and seek help! It is not normal to derive satisfaction from hurting other people. The fact that you engage in this type of wickedness is an indication of some inner inadequacies which if unchecked will create future problems. If this is not enough to convince you to change, perhaps you may want to consider this: "whatsoever a man sows, he reaps!" PostcardfromLagos
Posted by Postcard from Lagos

I like this blog very much, Its a very nice office to
read and get info.

This is the right blog for anyone who wants to find out about this topic.
You know a whole lot its almost tough to argue with you (not that I
really would want to...HaHa). You certainly put a fresh spin on a topic which has been discussed for a long time.
Excellent stuff, just wonderful!

Very interesting info!Perfect just what I was searching for!