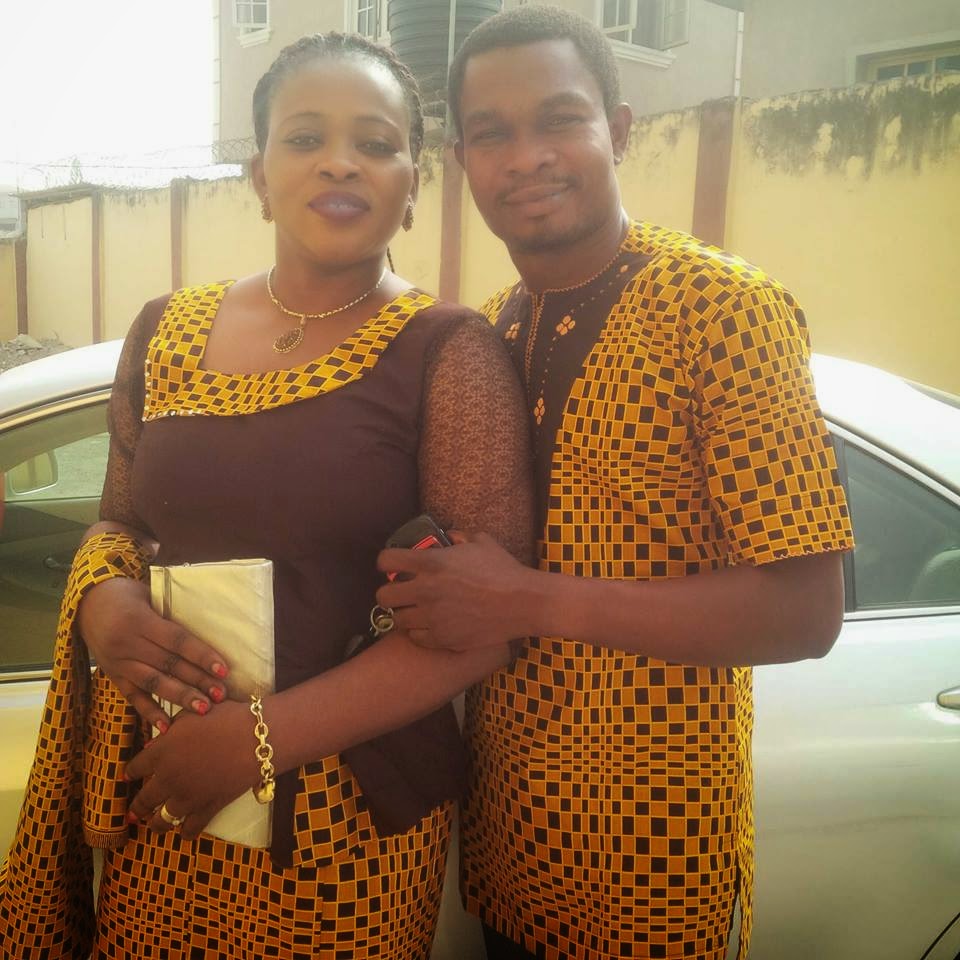 Calm down, the above title is not a programming error.

People have sought for my opinion on the Nigerian elections and its postponement. The expectation from some quarters  is that I should have written about it well before now. I suppose it is safe to assume that I have deliberately refrained from commenting, as I am not excited one bit about the elections. The manipulated postponement justifies my position. I hopefully may publish an opinion before the revised date of the elections. For now, I have chosen to publish a short article I wrote in January 2013 which I hope would give readers another perspective of the Nigerian experience.

There are many Nigerian slang that is difficult to explain to a non-native. One of these is the title of this article ‘And co’ or ‘& co’.

In Nigeria, when two or more people wear the same fabric, they are said to 'do' ‘& co’. I think have a fair idea of how this concept came about, but I would leave that for now so that I can quickly get into the meat of my writing.

‘And co’ is slightly different from the more popular aso-ebi phenomenon which is when several people wear the same fabric for an event such as weddings, funerals, and increasingly, birthdays. ‘And co’ is typically between a husband and wife, or between siblings at Christmas and other celebrations.

I remember as a young boy doing ‘and co’ with my younger brother to celebrate the New Year. As I was totally dependent on my parents at the time, I did not have much choice over what I wore, how they were tailored, or whether I was interested in the concept of ‘and co’ with my younger brother in the first place. All these were the preserve of my parents and I either like it or lump it. On one occasion, my trousers were so long that I had to roll up the edges. Of course my parents’ strategy was to ensure that I could grow into the trousers and wear them for as long as possible. They are great people, my parents, and sacrificed much with little means, I must say.

Nowadays it is of to the utmost interest to me to see people doing ‘& co’ particularly a husband and wife, and on some occasions, with their children. It leaves me wondering whose idea it was. Was it the wife’s? If so, is it a way of laying claim to the husband? Were it to be the husband’s, Why? Was it a case of putting his label of ownership on the wife? Is she happy with it? Or as it was for me as a young boy, was it a like it or lump it situation? If I had the time, I look for tell-tale signs to prove or disprove my hypothesis.

I have nothing against those who do ‘& co’ with their spouses, I have done so probably three times with my wife, once shortly before we got married, then on our wedding day and once shortly afterwards. I do admire couples that do, and I have come to acknowledge that in most cases, particularly when it is a monogamous relationship, it is a show of love, oneness and commitment to each other. This I believe should be celebrated.

Photo credit - The Ebeyes
Posted by Postcard from Lagos

post been a long time coming..always a fan.As for the aso ebi i haven't gotten into that ide maybe because im not married.

I think it is more a case of the woman saying 'Everybody see oh, we are together, I am his and he is mine'. LOL SolaSonuga