Wait! Time is a Revealer 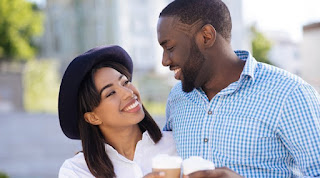 Loosely translated, the Yoruba saying 'eefin ni wa' means character is impossible to conceal. The inference is that just as smoke finds a way to escape, a person's true character would ‘eventually be revealed. Of course, some people are masters at trying to defy this saying. They have a ‘Dr. Jekyll’ and ‘Mr Hyde’ lifestyle of a dark private persona that is the opposite of what they portray to the public. These types of people are good at keeping up a pretence for a rather long period of time. Ironically, 'time' is also the solution to handling such people. If you give anything or anyone time, their true self, will manifest.

I wrote this essay because I have seen many people whose lives were badly disrupted because they made the mistake of marrying the wrong character, or in some cases, got involved in business with a ‘funny’ person.

In the case of marriage, I have noticed that the pressure to get married and have children often supersedes what should be a straightforward ability to apply common-sense. We all know that when a marriage breaks down, it isn't just the couple that are thrown into the mix of the acrimony. If children are involved, they may be seared for life. I know of a man who violently assaulted his wife in the presence of their three-year-old son, then drilled into the poor boy the importance of not letting a woman dominate him. Other family members too are not immune from a toxic marriage. They suddenly become the ground that bears the full weight and venom of two wrestling elephants. Their loyalties are tested, and churned in the furnace of the warring couple's bitterness. Even when it is their own kin that is careering towards a ditch, family members are often unable to voice out what they know is true, or call their intransigent son/daughter to order because they don't want to draw their ire. This situation can be rather stressful especially for the person at the receiving end and their family who would have to pick up the pieces, and also support their son/daughter.

I have had to handle many of these situations, and I can attest that it is not to be wished on anyone. Which brings me to my point. If you are a woman and you are reading this, please note that certain men should never be given any opening to your life.  They may be outwardly successful, but internally, they are a damaged good trying to offload themselves to a naïve woman. Some men are petty, extremely controlling and overly suspicious. Some cannot be faithful even if they try, and some are, for lack of a better word, 'degenerates' in need of the Saviour, if only they could humble themselves. Ironically, many of these wife-abusers quote the Bible. I know of a husband, who, blinded by the log in his eyes, would send his wife the biblical attributes of a virtuous woman. These scriptural quotes are usually preceded by a stream of expletives and threats.

Of course, I have seen one or two cases of very nasty women who have preyed on very good men. However, my experience is that, in almost all the cases I have been privy to, it is women that have been at the receiving end. They married raving psychopaths who should never be allowed near any woman let alone have children with. In trying to control or 'deal' with their wife, they care less about the collateral impact on their children. They are driven by their evil desire to prove a point, or seek revenge for being belittled. Everything their wife does is below par. It is almost as if they have an incurable, rabid dislike for the woman they married.

I find it extremely disheartening that far too many women allow themselves to be used as a pawn in the self-immolation of these men. I know  that women are intuitive and they can often smell a fake from a mile off. However, it appears that many ignore the warning signals and woefully fail themselves by not allowing the passage of time to reveal the true character of the person for whom they open up their lives.

So here is the deal. No matter the pretence, note that time is a revealer of things. No matter the pressure, give a relationship time. Wait! Never ever rush into a relationship especially in our neck of the wood, Nigeria, where people are not usually what they pretend to be. Don’t ever forget that some are little Hitlers looking for who to control. Some have serious low self-esteem that even wealth and position cannot cure. Some have personal issues they have refused to acknowledge. Instead, they transfer their anger unto an innocent wife. The list can go on and on.

The solution is 'time.' In due time, all would be revealed. No matter how 'fine' and outwardly nice a man appears to be now, don't be fooled, don't rush into anything. If he is the right person for you, he would wait. After all Jacob endured 14 years of servitude to marry the woman he loved.

Don't be fooled by his 'nice' family too, there may be deep-seated background issues. Often times, some families are in on the plan to offload their black sheep to an unwitting good woman who they hope will help give him stability. Stability they couldn’t give him for over 30 years. Stability that they know is elusive. So, do yourself a favour. Wait! Don't take his father's word for it. Don't take his mother's either. Do not take his friends word for it. Check the motive of your family members and friends too. Let time do the work for you, for time is a true revealer of things. You will be glad you did. PosctcardfromLagos

Nice write up . You nailed it . So what happens if you rush into a marriage and 20years down the line you realise the man has a low self esteem , deceitful , womanizer etc