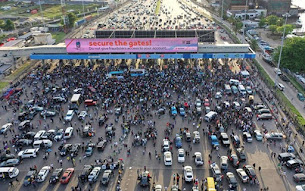 The #EndSars protests of the last few days in Nigeria is the start of a new nation. Successive politicians have for long taken the people for granted. Not only are they not interested in making life better for Nigerians, they also oppress the people by flaunting their wealth. The political elite kill softly with their inactions and spit on the graves of the innocent dead. For far too long, different political parties colluded to deliberately keep a social underclass that is powerless and repressed. Or so they thought.

Now the youths who were tagged lazy by the incumbent president have shown that they are resourceful and organised. Like everyone else, I have been greatly impressed by the way they have conducted themselves in this protest. They have shunned violence and looting. They have not allowed ethnic or religious divisions to rear its head. Instead they have embraced diversity, Muslims and Christians have prayed together. Men and women are labouring in the fields of protest. Young Nigerians have, in the words of Martin Luther King Jr, recognised that their freedom and destinies are tied to each other.

However, the problem we have is two pronged. Firstly, our leaders lack the capacity to grasp the logic behind the protest. They are so deluded, and out of touch to understand the reason for the people’s agitation.  If they did, they would have done something about the injustices of police brutality, lack of healthcare, poverty, poor education, poor transportation and the likes. Tell me, how can this president solve the healthcare problem if he does not see the shame in going abroad for medical attention. 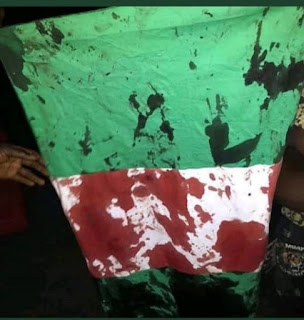 And if he can't see this, how would his subordinates. Even if they try, these people cannot proffer solutions to Nigeria's ills as you can't solve a problem you do not acknowledge.

Secondly, our leaders will not willingly let go of their privileged lives. So, this is going to be a long walk to freedom. Every Nigerian must be ready to get on this marathon journey. It may be arduous; it may be treacherous but we as a people will surely prevail. PostcardfromLagos

I started to write this article earlier today. I have now heard of the shooting of protesters in Lagos by the Nigerian army. If people are protesting against extrajudicial killings by the police, how come the response is extrajudicial killings ordered by the president. The president has killed softly by his inactions, now he kills openly with guns.

As I tried to put my young children to bed this evening, the most difficult thing was how to tell them that the president of our country ordered our youths to be mowed down.

I still feel that the event of October 2020 is the dawn of a new day for Nigeria. Nelson Mandela whose words I have borrowed as the title of this piece says “no power on earth can stop an oppressed people determined to win their freedom.” I know justice will be done one day. I just hope it is sooner rather than later.

It is just so sad that it has come to this. The powers that be are protecting themselves by killing others just asking for a fair share in life. This Nigerian road is too long and tortuous.

It is disheartening to see this kind of things happening at this age of the world. Every efforts must be exerted to bring all the enemies of this nation to justice. All of them will surely pay for their evil deeds.